Canned beer has been with us for 80 trips around the sun now. Actually, canned beer was first proposed by a farmer in Montana in 1903, but it wasn’t feasible at the time. It wasn’t until 1935, two years after the 21st Amendment was ratified (ending Prohibition), that canned beer hit the market.

The American Can Company was the first to can beers such as Krueger’s Cream Ale. 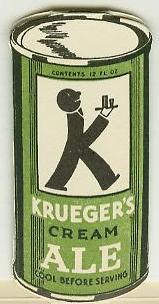 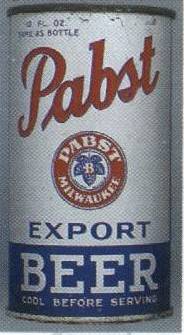 Brewers were looking to innovate after Prohibition’s end in 1933, and packaging was one aspect ready for a makeover. It’s not that no one had ever thought to put beer in cans before—American Can Co. had been working on it since 1909, but they couldn’t figure out how to temper the carbonation so the cans didn’t explode from the 80 lbs. per sq. in. of pressure. It took about two decades for them to figure out that lining the steel cans with the same lacquer-like material they used to line kegs would keep them intact.

Since then the beer can has been pounded, guzzled and shot-gunned. For decades canned beer languished as the receptacle for watered down swill. The craft beer movement has preferred bottles for years.

While glass bottles take longer to cool down, they also stay cold longer once they come out of the cooler. Plus, glass producers and plenty of brewers will tell you translucent amber glass has been working fine to protect beer from light and air.

The biggest selling point for the bottle, though, is flavor. There’s at least a perception that cans impart a metallic taste, whereas liquid stored in a bottle comes out tasting pure.

But recently that has changed and our favorite breweries such as 21st Amendment have been focusing primarily on canning and that trend has only increased.

Craft brewers love cans because they better protect beer from light and oxygen—two of a brew’s greatest enemies. Light exposure is what makes beer “skunk,” or smell awful. Light penetrates glass bottles, even the dark brown ones, but it doesn’t go through aluminum cans. And unlike a bottle cap, the seal on top of a can doesn’t let any oxygen in or out.

Concerns about canned beer bearing a metallic taste, which once was a factor that made bottles more appealing, should be long gone now. Decades ago, when the cans were made of tin and lined with lead, that was a valid worry. Today’s cans are made from aluminum and have a water-based polymer lining, though, so the beer doesn’t even touch the metal.

80 years ago the canning revolution started. Here’s to cans craft beer lovers! So spend today reflecting on just how much you love your favorite beer and picture it in a can, if it isn’t already.