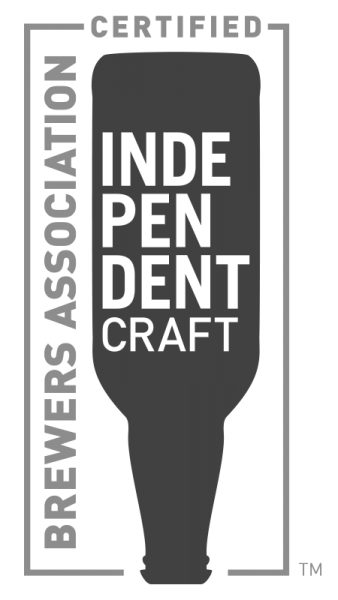 “Big Beer.” The logo has riled up the Big vs. Craft debate in an increasing competitive market.

Yesterday, AB took an official stance on the logo. They got together members of their High End brand and shot a video with responses from each brewery’s owner, including David Buhler of Elysian, Walt Dickinson of Wicked Weed, Garrett Wales of 10 Barrel, Andy Ingram of Four Peaks, and Steve Crandall of Devils Backbone.

The opinions (video below) were pretty pointed and harsh and it sounds like an escalating civil war within the beer space. AB’s video frames the conflict and usage of the independent logo as unnecessary and petty. The owners tell us that the real issue isn’t craft vs big beer, that is wine an spirits. Honestly, I just hate this shit altogether.

Does anyone else see this debate as any different than two competing political ideologies, conflicted countries, or bickering parents? Each side is propping up the other as the villain, some for good reason some for not. They inflate the potential impact of the other’s incursion into their space and build propaganda to support their side. All the while, the populace (consumer) is in the middle going “Hey, what the fuck?!”

Some choice quotes from the video

“To be independent means you don’t put the logo on and follow your own rules.” – David Buhler

“That little bottle told me that’s what I have to buy, that doesn’t mean shit to me.” – Garret Wales

I gotta say, I kinda agree with Buhler. Are you independent? How independent are you if you to place a logo from a directed larger group to state that independence? I understand that the logo is more of an educational piece for the consumer. Frankly, I’m happy it’s Friday and that I live in Bellingham where we’re surrounded by awesome beer, breweries and a strong beer community. I say we ignore this civil war and just do our thing.