Skip to content
Another Big Buyout…but who gives a shit? 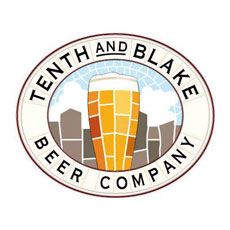 SO, here we are with yet another – *yawn* – buyout, in what is, arguably, a slowing craft beer market. MillerCoors jumped on the hot Hop Valley out of Oregon today and bought a majority stake via it’s Tenth and Blake division. It’s interesting timing because AB’s $107 billion takeover of SABMiller, located out of the UK, just cleared the DOJ last week, but with specific caveats, which include:

additional relief aimed at protecting the competitive constraint that other brewers provide—in particular, brewers of high-end craft and import beers—on ABI’s and Molson Coors’ ability to raise prices, either unilaterally or through coordination, on their beers, the DOJ said. The settlement prohibits ABI from instituting or continuing practices and programs that disincentivize distributors from selling and promoting the beers of ABI’s high-end and other rivals.

These restrictions came about after a competitive analysis concluded that the merger would mean AB would control 70% of the US Beer if AB hadn’t divested. The DOJ ruled it didn’t like that, so it ordered AB to divest SAB Miller’s entire ownership interest in MillerCoors by letting Molson buy a 58% stake in it.

…Confused? I certainly am and I’m not even sure I care! I’m getting legally mumbo-jumboed to death, but the beer in my town is kicking ass. How’s yours? If you live near 10 Barrel or Elysian, how’s the beer and the culture? Let us know! This whole process of accelerated buyouts over the past few years has been a learning curve for me and a chance to set priorities. I think I know where mine are.

This is the craft beer culture we live in people and that culture is rich! It’s not going anywhere and AB isn’t going to fly in and buy up the 4,600 craft breweries in operation. The above DOJ ruling is a testament to that. Craft Beer is still kicking butt. Jason Notte of Market Place’s fantastic Beer Goggle’s column said this to those in the industry, in light of craft’s continued growth:

Why do you remain in business? You clearly believe that this is all going to come crashing down around you, you clearly feel powerless to do anything about it, and you clearly think there is no way that craft beer can endure, even with increased help from federal, state and local governments.

People forget that the owners might have a different idea of what they want then the utopian ideal of owning a small boutique brewery.