Hello again all craft drinkers and advocates. We’ve got a fun one today that I was pleasantly surprised to see and find. We did a collaboration beer last week of Evil Twin & Westbrook’s Imperial Mexican Biscotti Cake Break, which was quite good. Today we journey to the other side of the spectrum with a hoppy, wheaty, hoppy Imperial IPA.

Stone has long teamed up with two additional breweries for their collaborative efforts, rather than the traditional single brewing partner. Looking all the way back to the Saison du Buff collaboration between Stone | Victory | DogFish Head, that beer still gets rotationally brewed sporadically by each brewery with each taking turns brewing the batch. Last year Stone teamed up with Bale Breaker for “Sorry Not Sorry” Imperial IPA with Peaches, the third brewery was 4 Hands. The magic formula for Stone has seemingly always been three breweries for all of their collaboration beers. Who knows what the exact reason is, but it works and if it isn’t broken… 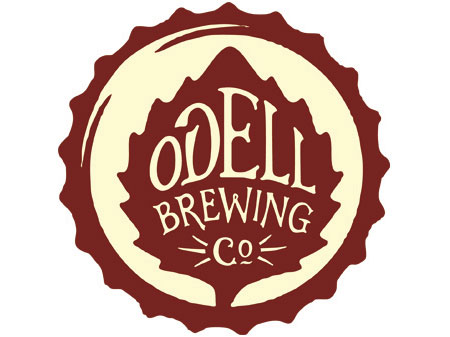 The two collaborating breweries on this effort are two that are close to my heart. Odell has long been one of my favorite breweries. Located in Fort Collins, CO, often overshadowed by a particular other brewery two doors down. They have been releasing solid, consistent, flavorful and innovative beers for as long as I can remember. Something as simple as a Pale Ale is executed spectacularly in their 5 Barrel Ale, which was one of their first batches ever brewed on their pilot system. It is a crisp and dry Pale with just enough hop bitterness to balance everything out. Their IPA is my gold standard for the style, their Scotch Ale is among the most balanced I’ve ever had, I could go on and on, but I digress.

Marble Brewery has long been an Albuquerque staple. Founded in 2008 they have brewed a stableful of quality classic styles to cater to the local market, as well as some wonderful experimental and one-off efforts. Culiminating in 2014 with Great American Beer Festival Small Brewery and Small Brewery Brewer of the Year. They are only distributed in New Mexico, parts of Colorado, and parts of Arizona. I’ll be the first to admit that I am not the biggest fan of their latest rebranding efforts, but I am a fan that the liquid inside has remained the same. Their IPA is classic and unapologetically bitter, they make a nice clean Pils, and their Double White is in a unique class that is seldom seen here in the PNW.

So what did the trio come up with? Megawheat Double IPA is brewed with Motueka, Mosaic and Mandarina Bavaria Hops. Starting as a wheat beer they turned the dial up to 11 and crammed it full of hops, juicy citrusy hops.

Flavor (16/20) — Softly bitter notes of citrus peel and flesh come initially. Not unlike biting into an orange. As it sits there is a bit more pronounced bitterness akin to grapefruit pith and rind.

Mouthfeel (4/5) — Crisp and smooth, though there is a bit of a lingering sweetness which somewhat comes with the territory of a double IPA.

Overall (8/10) — A nice and juicy IPA, don’t let the Wheat fool you, this is a full fledged Double IPA. I’m not sure which percentage of the malt bill was made up by wheat, but it couldn’t have been much. The clean house yeast strain really cleans this one up and lets the citrusy hops shine through. Well done.

This one should be around for a little while, this particular bottle was packaged on January 8th so it is nice and fresh. I recommend finding one soon and enjoying soon. Cheers!