Breaking Down the Numbers Behind the Craft Beer Buyouts 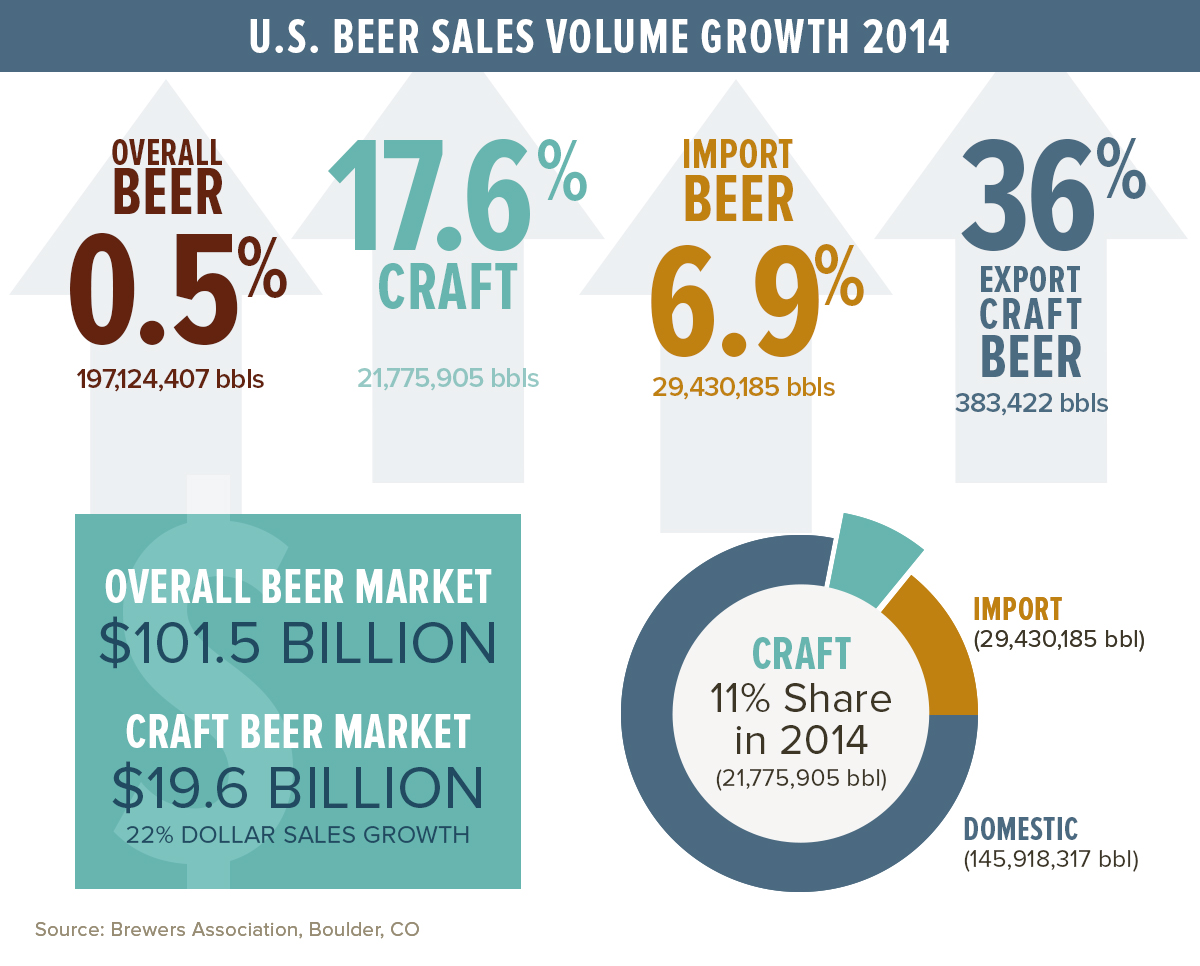 Many have become concerned that these purchases are diminishing and consolidating craft beer, thereby hurting the industry’s greatest asset, it’s diversity, as well as leading to a potential monopoly of distribution.

The purchases of key breweries were just a drop in the bucket of the total production of the craft beer community, but we wanted to see just how big/small a drop it was, to put it all in perspective.  How much do these buyouts account for of total craft beer volume? How many employees are now considered, according to the Brewers Association, non-craft brewery employees? We’ve broken down the buyouts into three key categories: 2014 barrel production, 2014 Annual Revenue and Employees.

I’ve made the following assumptions to get the brewery revenue projections:

*$300 in revenue per keg sold wholesale

These assumptions are based off input from breweries and research from ProBrewer and Beer Advocate Forums. Again, these are assumptions, but they are educated assumptions and applied across the board, so it gives us a working snapshot of what the impact of revenue of these recent acquisitions had on the craft brewery community in 2014 figures.

All of the above numbers are in flux, especially with the likes of Lagunitas and Founders, who are doing huge increases in production. Craft beer produced nearly 22 million barrels of beer in 2014, which was a 17% increase over 2013. The total 2014 volume for the above breweries equates to roughly 1,022,000 barrels a year, which is about 4.6% of the total 2014 volume.

The impact of these acquisitions also speaks to the jobs associated with those breweries. As of 2014 there were 115,000 jobs directly at breweries and brewpubs across the US. The breweries above accounted for 1,660 jobs or 1.4% of the total 2014 craft beer workforce.

For all of these numbers, does being “craft” really matter and does the consumer actually care? According to Washington IRI Data, since the sale of Elysian to AB InBev, sales have increased by 37%. Is that a factor of expanded distribution, or an indicator that the consumer is indifferent? The numbers we cover here haven’t moved anywhere since their breweries have become no longer craft. It’s just that the Brewers Association no longer considers these breweries “craft”, but do the breweries care? As the owners of Founders Brewing said

“If the BA doesn’t want to call us a craft brewer, shame on them. I’m ready to be done with them….it used to be called microbrew and now it’s called craft beer…whatever.”

Some would argue that because of the buyouts more money is leaving local communities and going to larger disconnected corporations. That’s less money staying local, where those that are on the ground know where best to spend it to benefit the community that brewery is in. But perhaps the consumer and brewer only truly care about quality beer, regardless of definition. These jobs still exist, regardless of a category, and, to date, the acquisitions haven’t changed the quality of production at each respective brewery.

Perhaps the craft movement played its part in righting the ship of beer quality and direction of beer production, making it more communal and community oriented. It moved craft beer away from the seemingly automated hands-off approach of industrial brewing. As a result, nearly 3,800 breweries in local communities exist in the US today and thousands more are on the way. Each brewery it’s own incubator of culture and community.