A friend sent me an article titled, “Beer brewed from Chilean desert fog.” I wasn’t sure how I felt about that. In fact, I didn’t like it. WHO WOULD BREW A BEER FROM A HELPLESS FROG!?!  Reading further – and with more accuracy –  I deduced it said “fog.” Thank goodness because I wasn’t aware this was even done. 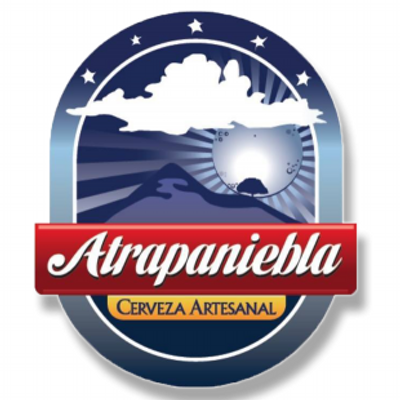 The craft beer craze has brought out the eclectic beer out of the woodwork. South America is becoming well known for their breweries and are apart of the world wide movement in countries across the globe. The Chilean brewery called Atrapaniebla Brewery, that translates into “fog catcher.”

Come to find out brewing beer from fog has been done before. Brew Dogs collected water from fog in Marin County for an Anchor Steam beer. From Huffington Post

The Scottish duo from the new Esquire Network show “Brew Dogs” concocted an inhalable vaporized beer that both uses and mimics San Francisco’s most mysterious attraction: the fog.

To create what one “Brew Dogs” host called the “beer that started as fog and will finish as fog,” the duo set up fog-harnessing nets in the Marin Headlands just north of the Golden Gate Bridge, collecting the fog in its liquid state in buckets to be used as brewing water.

According to Mother Nature Networ, Atrapaniebla’s brewing process is something like this

Ever since the 1950s, a now-retired physics professor, Carlos Espinosa Arancibia, has been testing nets that can capture the fog’s water. With openings less than one millimeter across, the nets allow water droplets to condense out of the fog. As the droplets accumulate, they form a drip can drains into a container. The water is so pure that it can be safely enjoyed without any other form of treatment.
It’s this super-clean fog water that the brewery uses to brew its beer, a golden amber Scottish ale with brown foam. Because water is still a scarce resource here, the brewery only produces 6,300 gallons of beer per year, but that just makes a sip of this distinctive beer all the more special.
The good news is that the netting is inexpensive, only about $1,000-$1,500 for 430 square feet of the stuff, so the hope is that this technology can help to stave off desertification throughout the region. The nets also have a minimal effect on the local ecosystem, so developing a wider system of fog nets should be viable in the future.
So whether it’s fog, whale testicle beer or some other interesting adjunct craft beer is finding a way to challenge conceptions and creativity. We’ve seen the word “craft” get misused time and time again. I’d say capturing your own fog water, with your own nets and brewing beer from it just might be the definition of craft.