Craft Beer Has Little to No Impact on California’s Drought

A little while ago we reported that craft beer used, comparatively, very little water to other drinks. Considering California is going through a disastrous drought, considering where water goes is a good thing. Craft Beer adds $6.5 billion to the California economy. Not surprising considering the amazing breweries there. There were 554 breweries in California at the end of March, which was an 18% increase over last year, which was great but not quite as good as Washington, who had the most brewery openings in 2014. According to California Craft Beer craft beer had this impact on the economy

But if there’s such a massive drought should beer be considered a luxury?! It uses water, but as we reported, not much. Only 2 gallons per beer. 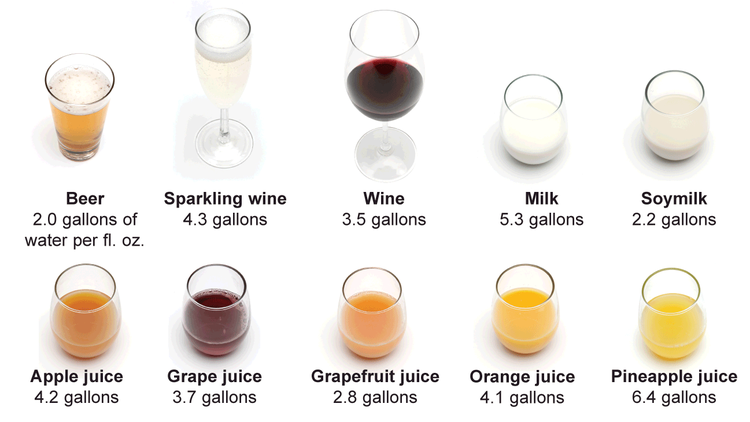 According to Quartz, those 554 California breweries use 651 million gallons of water a year to produce their fine beers. And the brewing process isn’t even the most water intensive.

The most water-intensive part of the beer making process, however, is in the agriculture. Growing the barley and hops to make just one gallon of beer requires an 590 gallons of water. But before you start boycotting Sierra Nevada, keep in mind that the vast majority of hops and barley come from out of state, grown in places where rain is more plentiful.

So all of that sounds like a lot of water, right? But compared to what? In context it isn’t as much as you think.  All those brewery’s annual water usage is the equivalent of:

This means, California, should continue to lift pints!