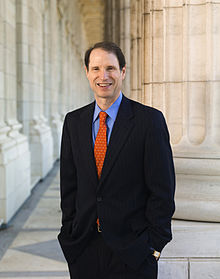 Craft beer is big business and when something becomes big business it demands a certain level of legislative attention. Earlier this year the Small BREW Act and the Fair BEER Act were proposed from different sectors of the industry. Recently, the Brewers Association hired it’s first lobbyist.

Oregon’s Senator Ron Wyden is co-chair of the bipartisan Small Brewers Caucus. He has proposed new legislation that will build off of the Small BREW Act, by not only lowering excise taxes, but simplifying the paperwork and cutting through antiquated regulations.

In addition to providing tax relief for Oregon’s brewers, cider makers, vintners, and distillers, this legislation would also reduce compliance burdens for craft beverage producers by exempting nearly 90 percent of all industry members from complex bonding and bi-weekly tax filing requirements.  The bill would exempt aged beers, ciders, wines, and spirits from complicated and burdensome accounting rules.  It would reform rules on brewers to encourage more collaboration and streamline regulations.  And it would equalize the playing field for all distilled spirits producers.  Finally, this bill would cut administrative backlogs by ensuring the Alcohol and Tobacco Tax and Trade Bureau, which is charged with regulating these industries, is sufficiently funded.  Additional enforcement funding and authority would help offset the cost of this bill by cracking down on tax cheats.

As for cutting taxes for small brewers, the bill nearly mirrors that of the Small BREW Act. The difference being that it adds more relief and protection of domestic craft brewers by taxing importers.