The Craft Brewers Conference runs from April 14th – April 17th in Portland, Oregon. This is no small affair, as you can see from this photos of last year’s conference in Denver, Colorado. There will be over 15,000 attendees, 575 businesses, and 16o presenters. Portland last hosted the conference in 2001, when the US had 1,400 breweries. Today there are over 3,500.

Craft beer has proven to be no small affair and this conference is a testament to how deep it has spilled into American culture. American as…craft beer? 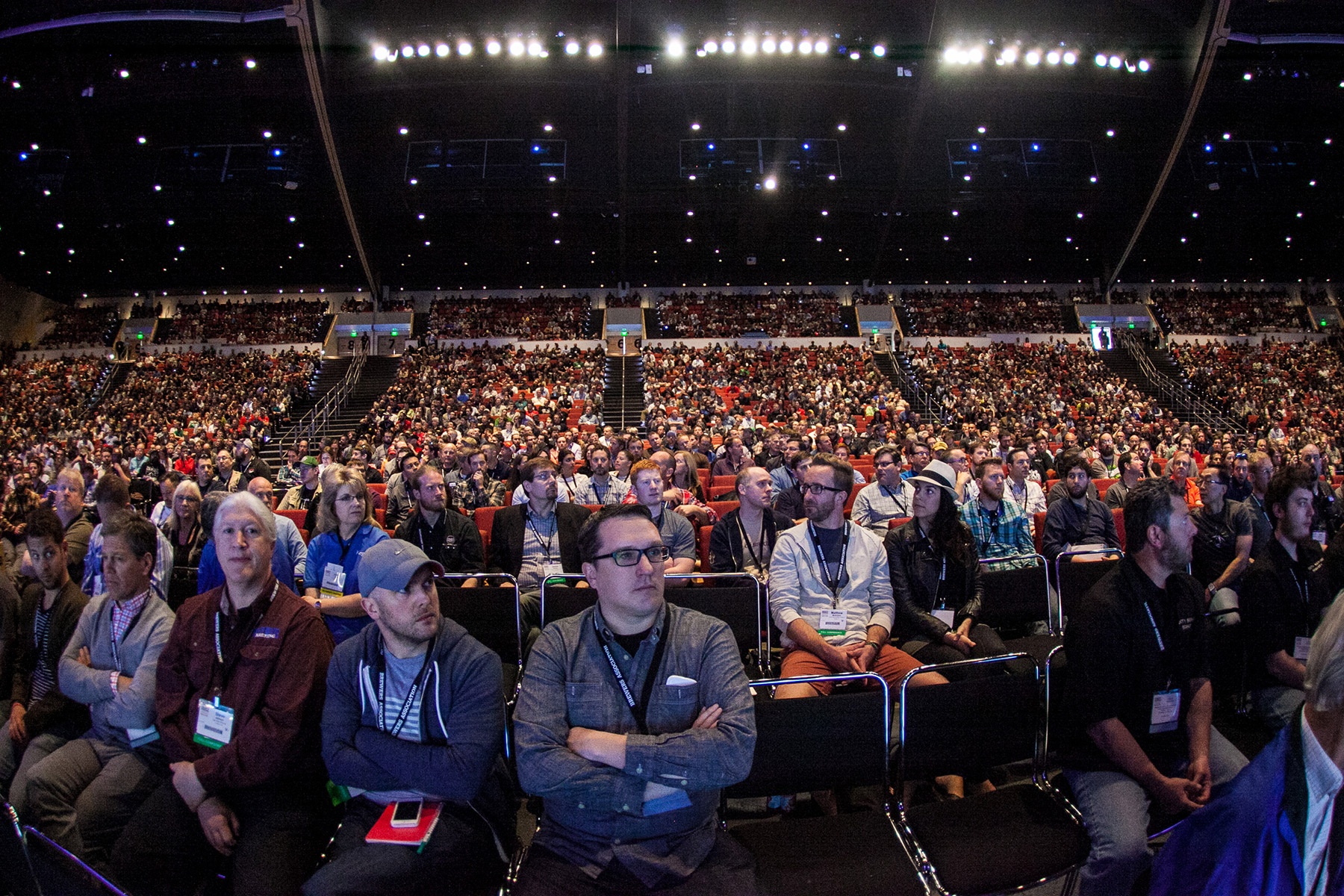 The CBC is the #1 event for all craft brewers, owners and industry professionals, both brewpubs and production. It is organized by the Brewers Association, who advocats for craft beer on all sorts of levels:

The Craft Brewers Conference (CBC) is the only industry event that serves both brewpubs and packaging breweries.

For professional brewers, CBC is the number one environment in North America for concentrated, affordable brewing education and idea sharing to improve brewery quality and performance. The conference is also a great social event with 10,000+ brewing industry professionals enjoying craft brews together. BrewExpo America® allows exhibitors and buyers to develop profitable business relationships and helps brewing and brewery restaurant professionals encounter the latest and best products and services that industry vendors have to offer.

Here’s Sam Calagione discussing the conference and the benefits to both owners and brewers. They get to come together and discuss trends in craft beer.

According to Oregon Live, here are 7 top events to attend:

Columbia Distributing and Deschutes Brewery present a Steampunk-themed ode to craft beer with a beer-dispensing art competition, immersive circus theater and an array of live music. Steampunk-themed original art pieces from local artists will will be for sale and the best Beer Machine takes home a $5,000 grand prize.

Portland leads the country in sour and wild ales, and Cascade Brewing is the epicenter. The Sour and Wild Invitational will feature five days of exclusive Cascade blends alongside rare sour and wild beers from breweries around the country. Limited food menu available, plus merchandise and bottles sales.

Brits & Yanks: A Toast to Tradition

Before there was craft beer, there was Samuel Smith, brewed in Yorkshire since 1758. Join the Saravezans and Merchant du Vin for a tribute to the brewery featuring IPAs, pale ales, ESBs, porters and stouts influenced by Samuel Smith’s classic brews. Try English-style beers from Anderson Valley, Breakside, Brooklyn Brewing, Ecliptic, Fremont, Ninkasi, Pelican, Rogue and Sierra Nevada on tap, plus Samuel Smith favorites in bottles.

Ninkasi hosts a seven-tap takeover of latest releases including Ground Control, an Imperial Stout fermented with ale yeast that traveled to space and back. Win Ninkasi merch, play classic arcades and try your first space beer.

Amber Waves is a non-traditional art exhibit celebrating the artistry of craft beer and is committed to raising awareness and funds for the local arts community. This is the third annual event, and it benefits the Portland Institute for Contemporary Art and will feature 22 American craft breweries showcasing art in traditional and liquid form. Each brewery will be pouring an amber beer of their creation, along with a custom work of art created exclusively for auction at the event. All auction proceeds will benefit PICA.

The Pioneers of Craft Brewing

Craft beer fans are often fixated on the newest breweries and the latest, greatest, hoppiest, oakiest, most sour beers out there, but this is a good time to reflect on how Portland got to be Beervana, and to celebrate the true pioneers of Oregon craft brewing. The Horse Brass has assembled quite the crew, including Deschutes founder Gary Fish, Irene Firmat and Jamie Emmerson from Full Sail, Kurt and Rob Widmer, Fred Eckhardt, Alan Sprints from Hair of the Dog, John Harris, Ken Grossman from Sierra Nevada and several others. This will be a rare chance to have a pint with some of those who were there from the start of the craft beer movement.