How Bellingham’s Breweries Are Keeping up with National Trends

The Great American Beer Festival was a roaring success. So many beers. So. Many. Beers. Bellingham’s breweries represented well and took home some awards. But we should come to expect that. Our breweries are producing with the best. They’re producing beers that are keeping up with national trends and tastes. According to Draft Magazine the GABF highlighted the following 4 trends in craft beer. I’ve gone through and shown how Bellingham’s breweries are representing each one of them. 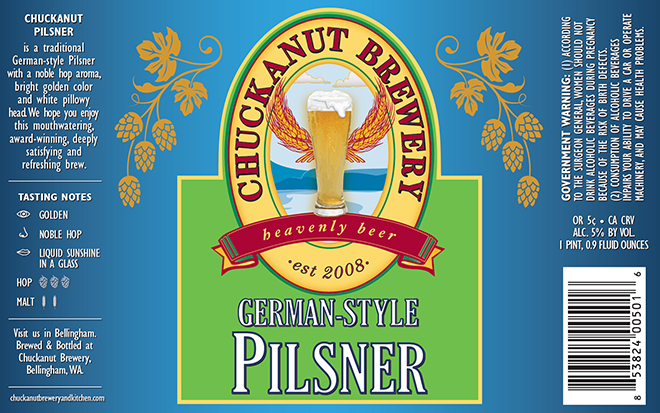 Let’s state the obvious: “Chuckanut Brewing makes some of the best lagers in the world.” Long before lagers were cool, Chuckanut was world renowned for their dunkel, kolsch, pilsners and nearly everything else that came out of that 10 barrel system on Holly St. Heck, the aforementioned PFriem Family Brewers’ founder, Josh Pfriem, originally brewed at Chuckanut. The pedigree of brewers in this town is pretty incredible.

But Chuckanut isn’t the only brewery in town brewing up that top fermented goodness. Wander offers up the delicious DogLost Pilsner. Boundary serves up their award winning Pilsner. Kulshan Brewing has the Saison du Kulshan. Aslan also has brewed up a few versions of pils including a collaboration with Base Camp Brewing. Bellingham, you lager well!

2. Prepare for hoppy sours and hoppy wild- and Brett-fermented beers. Crooked Stave’s What The Funk? festival on Wednesday night introduced us to delicious versions from TRVE Brewing and Prairie Artisan Ales, and we saw further versions on the GABF floor from NOLA Brewing (don’t sleep on the Galaxy dry-hopped Lowerline if you find it). The best versions match citrusy, earthy or spicy hops with their complimentary Brett or wild yeast strains, yielding funky-sour-bitter profiles that should appease Americans’ insatiable taste for wild ales and IPAs.

Look not further than Wander Brewing for some great sours, wild fermentations and Bretts. Wander won gold this year for their Barrel Aged Wild Warehouse Ale. The Uno Golden Brett is a delicious, slightly less funky version (than standard Bretts) of this fine yeast strain. Wander, along with Aslan, has brewed up a number of fine sours as well. Boundary recently released their Safety Brett, which is sessioned. Also, make sure you checkout the incredible things Eric Jorgenson is doing up at North Fork Brewing Company. He’s playing with Brett, sours and wild fermentations in new ways and we’re excited to see what he comes up with next! I’ve been told by the owners of the yet to be open Stuctures Brewing that some wild and mixed fermentations will be apart of their repertoire.Be ready Bellingham, our taps are nearly running over with variety.

3. Local ingredients help beers stand out. From the gold-medal winning (Field Beer) Beets, Rhymes and Life saison from Fonta Flora to Scratch Brewing’s buzzed-about pours (a few made with all parts of trees: branches, leaves, acorns, etc.), local/foraged ingredients helped distinguish certain beers both in competition and on the floor. Sense of place is increasingly important to brewers, and drinkers responded enthusiastically at the festival. Because of the difficulty in sourcing these ingredients, beers made with them mostly remain small-batch offerings for now.

Bellingham has an amazing variety of breweries who have a real sense of place and community. They are interested in using locally sourced ingredients when they can. Kulshan Brewery’s seasonal Christmas ale, Royal Tannenbaum, is perfect example. It’s brewed with Douglas Fir, Colorado Spruce and Norway Spruce. Here’s a video of how they make it.

So there you have it. These are the “trends” that were observe at the GABF. I’d argue from this, that we’re trendsetters. Amazing beers being brewed up by incredible brewers. We should be so lucky to have this much talent and potential, right in our backyard.