The 2016 CBC made it’s way westward to our nearby neighbor and craft beer mecca, Portland. The conference brought thousands of brewing professionals together to discuss the state of craft beer and best practices. This year’s conference makes its way back east to our nation’s capital. Here’s the deets on the 2017 CBC, April 10-13 in Washington Dc:

Life, Liberty and the Pursuit of Craft Beer Hoppiness

The 34th edition of the Craft Brewers Conference& BrewExpo America® (CBC) will return to the nation’s capital, Washington, D.C. from April 10-13. CBC, presented annually by the Brewers Association, is the craft brewing industry’s leading event, and the only one that serves both brewpubs and packaging breweries.

BrewExpo America is the premier trade show for craft brewers, providing the opportunity to connect with customers, vendors and leaders in the national and international brewing arena. The trade show sets the stage for exhibitors and buyers to develop profitable business relationships and helps brewing and brewery restaurant professionals encounter the latest and best products and services that industry vendors have to offer. 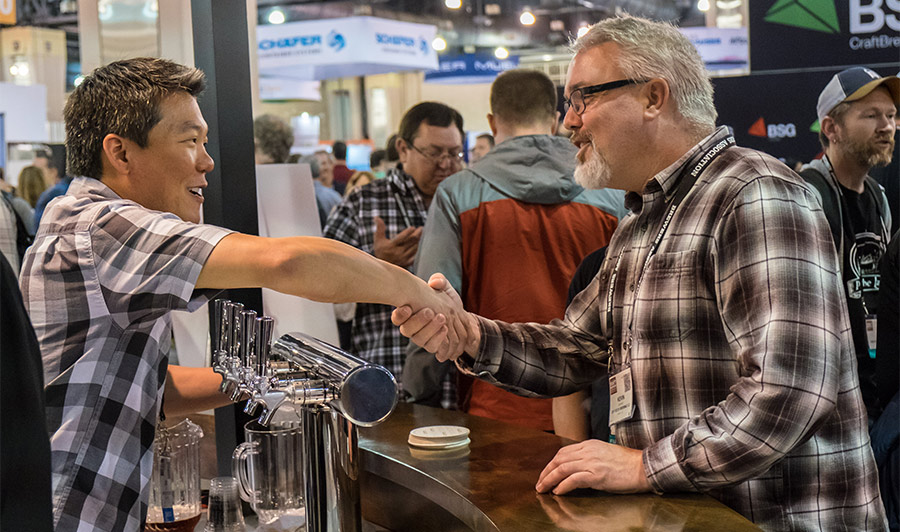 A record 14,000 brewing industry professionals will have the opportunity to meet with 800 exhibitors and hear from a wide range of speakers during 70 seminars across 11 different tracks. Featured speakers include Brewers Association Director Paul Gatza and Chief Economist Bart Watson, who will deliver the annual State of the Industry Address.

As small and independent craft brewers face unique opportunities and challenges in the marketplace, CBC allows them to connect with their colleagues and comrades to share ideas and learn about relevant topics ranging from brewery operations to sustainability and government affairs.

This year, the CBC returns to Washington, one of the nation’s oldest beer cities and center of government, to promote one of life’s pursuits of happiness.

The 2017 Craft Brewers Conference & BrewExpo America is made possible by the generous support of their sponsors.