Beer lists are pretty ubiquitous these days and we fully support more of them. They help to introduce us to beers we may not have otherwise known. With so many breweries and beers finding inventive ways to be educated about all of them is paramount to having a full and rich craft beer experience.

Paste Magazine always has some good ones and this one is a timely list for Summer’s Top 58 Seasonal’s. Here are the rules for their ratings.

Locally, all the Tap Trail breweries have beers that reflect summer in the Northwest, so be on the look out for an assortment of summer seasonals! 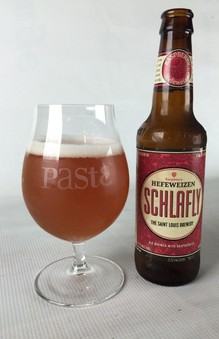 25. Schlafly Raspberry Hefeweizen
City: St. Louis, MO
ABV: 4.1%
Key ingredient: Whole fruit raspberry puree
The verdict: The “hefeweizen” name might imply a German-style wheat beer, but this is undoubtedly an American pale wheat with added raspberry—a classic twist on wheat beer that you can find in God knows how many neighborhood brewpubs every summer. We found it significantly less syrupy than a few of the other, boozier fruit beers, with a better synthesis between its “wheat beer” elements and its fresh, sweet fruitiness. It’s not a genre-defining raspberry beer, but the fact that it finishes dry helps it remain drinkable and not become a cloying mess. 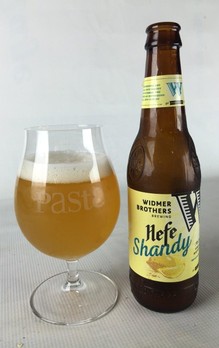 23. Widmer Hef Shandy
City: Portland, OR
ABV: 4.2%
Key ingredient: Lemondrop hops and “natural lemonade flavor”
The verdict: Multiple tasters wrote the phrase “Countrytime Lemonade” after taking a whiff of Widmer’s shandy, so we’d be lying if we said we were expecting to actually enjoy the taste. It smells incredibly sweet and candylike—like a piece of lemon meringue pie—so we took our sips and braced for the worst … and were surprised. Despite the incredibly lemon-sweet aromatics, the beer isn’t nearly as cloying as one might expect. What you’re left with is a crisp, lemony citrus drink that may be slightly short on the “beer” element, but we can’t deny that it’s refreshing as hell. As one taster wrote, “I’m not ashamed to admit that I like this.” We certainly wouldn’t think twice about reaching for one after mowing the lawn this summer. 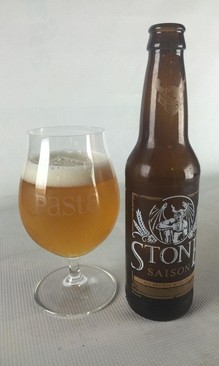 19. Stone Brewing Co. Saison
City: Escondido, CA
ABV: 6%
Key ingredient: Big spice flavors
The verdict: From the moment you see the name, you know it’s not going to be a really reverential, classical saison, nor is it ever going to win any awards based on BJCP definitions of the style. Stone’s saison, predictably, goes its own course. It’s a pretty brash beer, and tastes bigger than its 6% ABV, mostly thanks to hopping (naturally) and especially the aggressive use of spices, although Stone mentions more herbal flavors such as lemon thyme and lavender. Regardless, the one signature note to us is definitely ginger, which makes for an unusual saison indeed. Definitely not traditional, but a nice change of pace, recommended for drinkers who like particularly assertive spice beers. 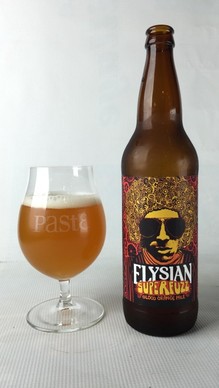 17. Elysian Brewing Co. Superfuzz
City: Seattle, WA
ABV: 5.4%
Key ingredient: Blood orange
The verdict: It’s interesting to read tasting notes that occasionally say the same things, but with completely different connotations. Multiple tasters wrote the phrase “candied blood orange” while tasting Elysian’s Superfuzz, a blood orange pale ale, but not all of them meant it in glowing praise. Although a few tasters thought the citrus pushed too far, most of us were immediate fans of the juicy-sweet quality it provided, which pushes beyond simply “citrus” and also brings a berry-like fruitiness into play. It makes for a vivacious, assertive pale ale that wasn’t quite like anything else on the table. 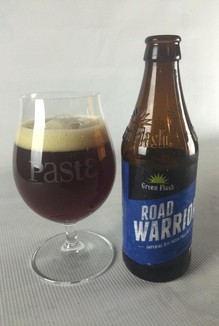 16. Green Flash Brewing Co. Road Warrior
City: San Diego, CA
ABV: 9%
Key ingredient: Rye malt, Amarillo hops
The verdict: Well, you gotta hand it to Green Flash, I don’t think anyone saw a 9% ABV imperial rye IPA coming as a summer seasonal when this was first released last year. It’s difficult to rate while taking seasonality into account at all, because it’s simply so much burlier than a lot of the other offerings on tap during this time of year. Judged solely on its own merits, though, it’s still a damn good beer, bringing markedly pepper-spicy rye notes into play that match well with the classic citrus of Amarillo and more avant garde citrus-tropical combo of Mosaic hops. There’s also a ton of crystal malt in play—the beer comes off almost as an overgrown riff on Founders’ classic Red’s Rye, which is by no means a bad thing to be. You can debate whether it’s summer-appropriate, but it’s tasty in any season. 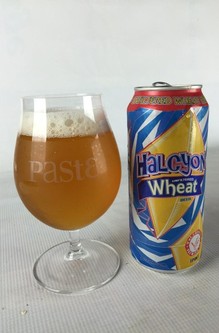 14. Tallgrass Brewing Co. Halcyon
City: Manhattan, KS
ABV: 5%
Key ingredient: Citra hops
The verdict: An excellent example of the hoppy American wheat ale substyle, the Halcyon from Tallgrass is a beer sure to be appreciated during the heat of the summer. Unlike some of the flavored or otherwise fruited wheat beers, all of its citrus flavors (which are there in spades) come from the hops, and they don’t overshine a solid base of bready, biscuity malt. There’s really nothing fancy about it; it’s just a great example of how flavorful an American pale wheat can be. One can imagine pairing something like it alongside a hot, crispy basket of fish and chips at your neighborhood brewpub. 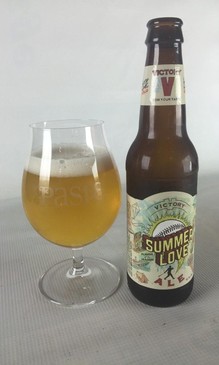 10. Victory Summer Love
City: Downington, PA
ABV: 5.2%
Key ingredient: A combo of German and American hops
The verdict: You really don’t see a ton of cross-pollination between different national hop traditions within the same beer, and that’s probably one of the things that helps Summer Love stand out as one of the best of the self-described “summer ales.” On one hand, you’ve got the lightly floral and spicy qualities of German Tettnang, but in the same beer, U.S. Citra—an unorthodox pairing indeed. The result is a light-bodied ale that initially seems simply crisp, pleasant and conventional before a surprising twist of fresh, orangey citrus on the back end brings you around for another curious sip. It’s one of the best commercially available examples of that “summer ale” archetype we detailed earlier. 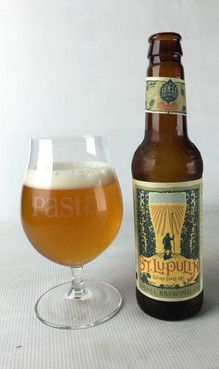 8. Odell Brewing Co. St. Lupulin
City: Fort Collins, CO
ABV: 6.5%
Key ingredient: Humulus Lupulus
The verdict: It’s hard to believe that this “extra pale ale” from Odell isn’t a year-rounder, given how perfectly balanced and put together it is. Heavy on the floral aromatics, it also has a uniquely earthy tone and bitterness that’s near the top range of what you’ll ever find in an American pale ale—in reality, this one is certainly straddling the boundaries between APA and IPA. Still, despite that, it remains sessionable, that kind of thing you could imagine putting away in quantity at the perfect summer BBQ. It leans toward the hops, yes, as the name would certainly imply, but there’s just enough biscuity malt as well to give it some semblance of balance. 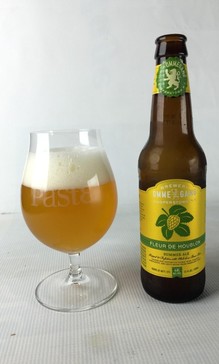 4. Brewery Ommegang Fleur de Houblon
City: Cooperstown, NY
ABV: 6.8%
Key ingredient: Ommegang house yeast, Bravo hops
The verdict: Nothing that Brewery Ommegang makes can really be called hop-forward when it comes to the American definition of hoppiness, even this delicious summer ale adorned with hop flowers—”fleur de houblon”—on the label. Rather, it’s the Belgian yeast that really expresses itself in a beautiful way, giving us classic aromas of clove and peppery spice that are indeed chased eventually by the floral aspects of the hops. Unlike some of the higher gravity offerings from Ommegang, though, Fleur de Houblon comes across as wonderfully light and drinkable—it seems almost impossible that it could be 6.8% ABV. It would be difficult to ask for a traditional Belgian ale more refreshing. 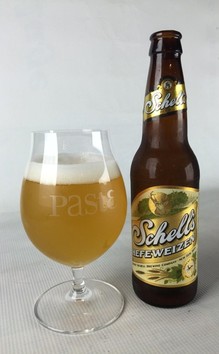 3. Schell’s Hefeweizen
City: New Ulm, MN
ABV: 4.75%
Key ingredient: A Bavarian weissbeer yeast in use since 1984
The verdict: Hands down, the biggest surprise of this particular tasting. August Schell is one of those “legacy breweries” with deep roots in the history of American craft beer, the second-oldest family-owned brewery in the country after Yuengling. And yet we all know that those breweries rarely come up in conversations about the “best” of anything, even if they were integral to many drinkers’ introductions to better beer. And yet, tasting this hefeweizen, every taster came to the same conclusion independently—this is simply a great beer by any definition. How can this only be a summer seasonal? Beautifully rich, ripe banana aromas sit atop a bready, creamy body—it reminds one of a fresh Weihenstephaner Hefeweissbier, and that’s just about the highest compliment you can pay in this particular style. It may not be quite as transcendent as the Urban Chestnut Schnickelfritz that finished #2 in our American wheat beer tasting, but as far as summer seasonals go, it blows our minds that August Schell is making a beer this good. 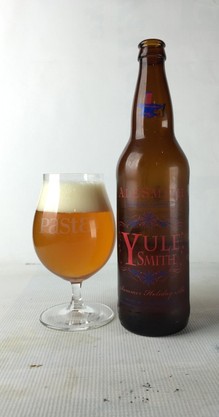 2. Alesmith Brewing Co. Yulesmith
City: San Diego, CA
ABV: 8.5%
Key ingredient: An absurd amount of West Coast hops
The verdict: Of all the breweries to say “screw it, we made a DIPA for summer,” Alesmith pulls it off the best. If you like classic, West Coast DIPA, then you pretty much like this beer—it would make an excellent example of the style, although it has a bit more caramel maltiness than some of the other foundational examples. Notice I said “a bit,” because it’s still a hop bomb of the first order, with huge grapefruit and tangerine notes in particular, along with more than a little booziness and fruitcake flavor. Hot weather beer? Up to you. But there’s no way we’d ever let a summer go by without snapping up a bottle. 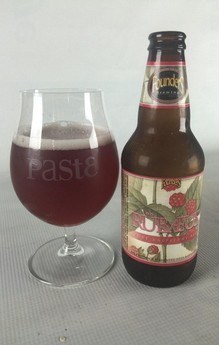 1. Founders Brewing Co. Rübæus
City: Grand Rapids, MI
ABV: 5.7%
Key ingredient: The captive life force of every raspberry on Earth
The verdict: There were a fair number of raspberry or otherwise fruited beers in this tasting, but side by side with Rübæus, the differences become clear. This beer, which you can really only call a “raspberry ale” in description, contains such an intensity of red berry flavor, but it’s somehow not overly sweet. Nor is it accurately described as a sour—there’s a bit of very mild tartness there, but perhaps that’s just to be expected when combined with the acidic nature of the berries themselves. It doesn’t belong categorized with American sours, that’s for sure, and yet that combination of dryness and just a bit of tartness make for a beer that is far more drinkable than anything with this degree of raspberry flavor should be. It’s a bit like the world’s best raspberry jam, reinterpreted as a beer. Perhaps not the thing you’d want to drink half a dozen of in the course of a day, but it’s also hard to believe we’d get tired of it being available in any season. Rübæus is unusual stuff, but it’s also our top summer seasonal beer.