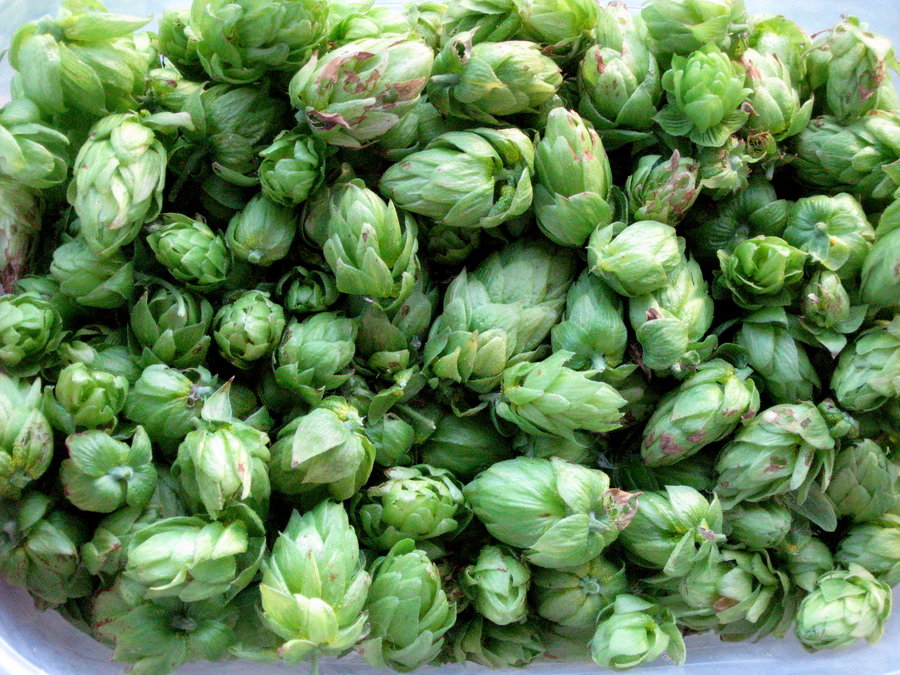 According to the beer writer below, hops are ruining beer. In a region that is run by hops, this whole debate holds some interest for me. Yakima, WA produces about 75% of the nation’s hops. SEVENTY PERCENT! “Hop Bomb”, “Hop Head”, “Palate Wrecker” are all titles of beer notifying you that the beer your about to take down will assault your senses. For me, there’s a time and a place for them. For others, they like to wear IBUs like badges of honor and I’m fine with that too. If you can make a great tasting massively hopped beer, that’s a talent.

Once I tried home brewing with some very high alpha Magnum hops (~12% alpha acid) and it didn’t turn out all that well. Way too bitter.

I’ve been a hop head and dabbled in the Belgian world. I love hops, but in the right proportion. I do find it perplexing that we can’t actually taste anything above 60 IBUs, but beers will be produced with 100 IBUs. Even the venerable and esteemed Pliny the Younger has a ton of IBU’s in it.

An unfair dichotomy, but if you were to appreciate only one ingredient would it be yeast or hops?

From a consumer’s standpoint, though, beers overloaded with hops are a pointless gimmick. That’s because we can’t even taste hops’ nuances above a certain point. Hoppiness is measured in IBUs (International Bitterness Units), which indicate the concentration of isomerized alpha acid—the compound that makes hops taste bitter. Most beer judges agree that even with an experienced palate, most human beings can’t detect any differences above 60 IBUs. Sierra Nevada Pale Ale, one of the hoppiest beers of its time, clocks in at 37 IBUs. Some of today’s India pale ales, like Lagunitas’ Hop Stoopid, measure around 100 IBUs. Russian River’s Pliny the Younger, one of the most sought-after beers in the world, has three times as many hops as the brewery’s standard IPA; the hops are added on eight separate occasions during the brewing process.

Craft brewers’ obsession with hops has overshadowed so many other wonderful aspects of beer. So here’s my plea to my fellow craft beer enthusiasts: Give it a rest. Let’s talk about the differences between wild and cultivated lab yeast, and the weird and wonderful flavors that are created when brewers start scouring nearby trees or flowers or even their own beards for new strains. Let’s geek out about local, craft-malted barley and how it compares to traditional imported European malts. And let’s start preaching a new word: Craft beer isn’t always bitter. Who knows? Maybe we’ll finally win over some of those Bud Light fans.

Let us know what you think in the comments.