Hop Theory is a company that is raising funds on Kickstarter to make tea bags. Tea bags, filled with hops that you can steep in your beer. Think of it like extreme dry hopping. The bags are made with cascade hops, coriander and orange peels. It seems like a nice combination for most any beer.

A single sachet transfuses up to four beers, so there is no need to open a new sachet after your first pint.  In fact, after the sachet becomes saturated, the transfuse time drops tremendously (from 3 minutes to 30 seconds). If you’re feeling conservative, you can even store your used sachet in the fridge for later use.

In addition, each sachet contains around 5 calories per serving.  This means you can transform a light beer without it effecting your waistline (at least not as noticeably).

Dependent on how much they are able to raise, they will have different varieties of these “sachets.” They would range from double IPA, to pumpkin, orange and peach. How well does it work? Here’s a video showing a nearly 4min time lapse. Interestingly to note the beer they are pouring in the bottle looks like a VERY light lager. Curious how it would work in a craft beer pale ale. Though I guess it doesn’t have to change color for it to work.

I hope they get funding because I’d give it a go. If not, I may try it myself. Tap Trailers, would you buy this product, or have you tried something like this? 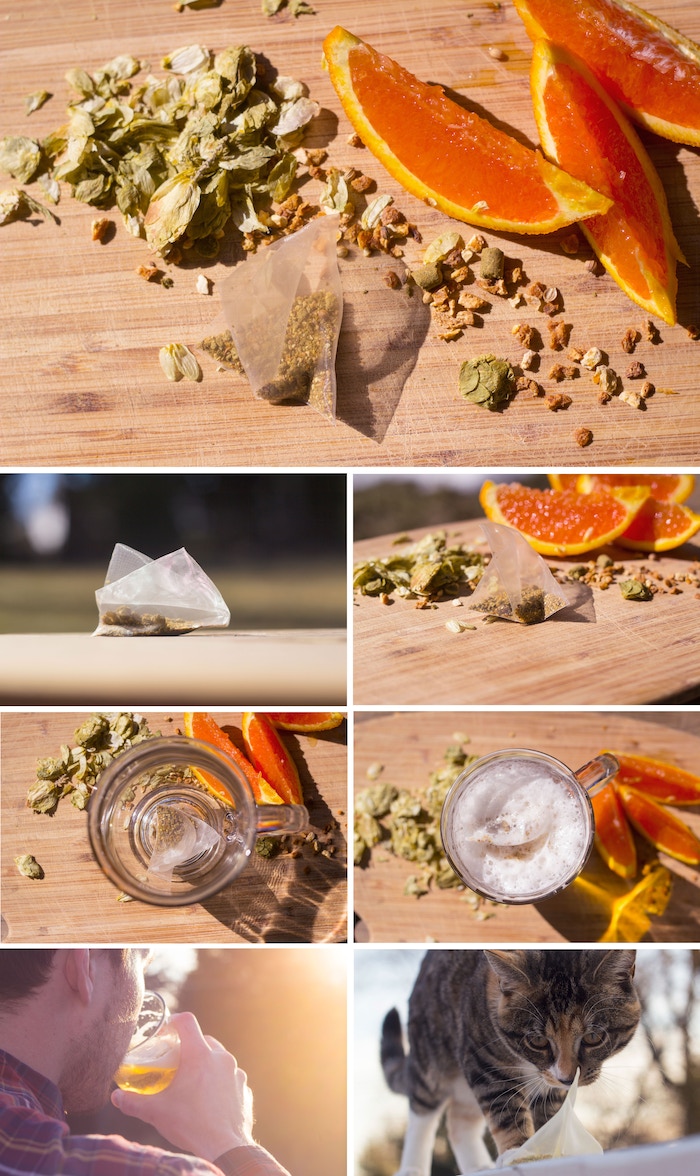